Where to find glow worms around Lake Matheson

Glow worms are one of nature's most incredible sights. But where can you find them? Here's a quick guide to finding glow worms around Lake Matheson in New Zealand!

Where to find glow worms around Lake Matheson

If you're looking for a magical experience, head to Lake Matheson at night to see the glow worms. These bioluminescent creatures are absolutely breathtaking and an experience you'll never forget. Here's a guide on where to find them.

The best time to see glow worms is all year round if you know where to look but obviously at night.

To find glow worms around Lake Matheson, start at the car park near the lake. Then, follow the track around the lake, and where you see dark, damp ferny banks, or a base of up-turned trees, you may see golw worms glowing in the dark. If you don't see any glow worms at first, be patient and wait a few minutes in the dark. They'll eventually start to appear and light up with their eerie blue-green light.

Glow worms are small, soft-bodied creatures that emit a faint light. They are usually found in damp, dark places like caves or under logs. In New Zealand, you can find them in many different places including Lake Matheson.

How do glow worms create light?

Glow worms produce light through a chemical reaction in their cells called bioluminescence. This reaction creates an enzyme called luciferase, which reacts with oxygen to create light. The light produced by glow worms is very dim, but it is enough to attract prey and mates.

Glow worms are found in dark, damp places like caves and forests. In New Zealand, you can find them in native bushland, near waterfalls, or even in your garden!

What do glow worms eat?

Glow worms are found in dark, damp places like caves and forests. They eat small insects that they catch in their sticky webs.

Do all glow worms live in New Zealand?

Glow worms are found all over the world, but they are especially abundant in New Zealand. In fact, some of the best places to see glow worms are in and around Lake Matheson.

Lake Matheson is a beautiful lake located in Glacier Country, New Zealand. It's known for its clear waters and stunning reflections of Mount Cook and Mount Tasman. But it's also home to a large population of glow worms.

Glow worms are actually a type of fungus gnat. The larvae of these gnats emit a bright light that attracts other insects. The light is used to lure prey into the larva's web, where it can then be devoured.

Turn off your torch to see glow worms

If you're lucky enough to find yourself near Lake Matheson at night, make sure to turn off your torch and enjoy the view of the stars reflecting off the lake. And if you're really lucky, you might just spot some glow worms!

1. Go to Lake Matheson at nightfall.

2. There's a Fox Glacier walk called the "Minnehaha" that's known for  great glow worm spotting. It's a short 15 minute walk and absoloutely worth it.

3. Be safe, and tread carefully because you need dark surroundings to spot them. Take a flash light, but please be careful when you turn it off. 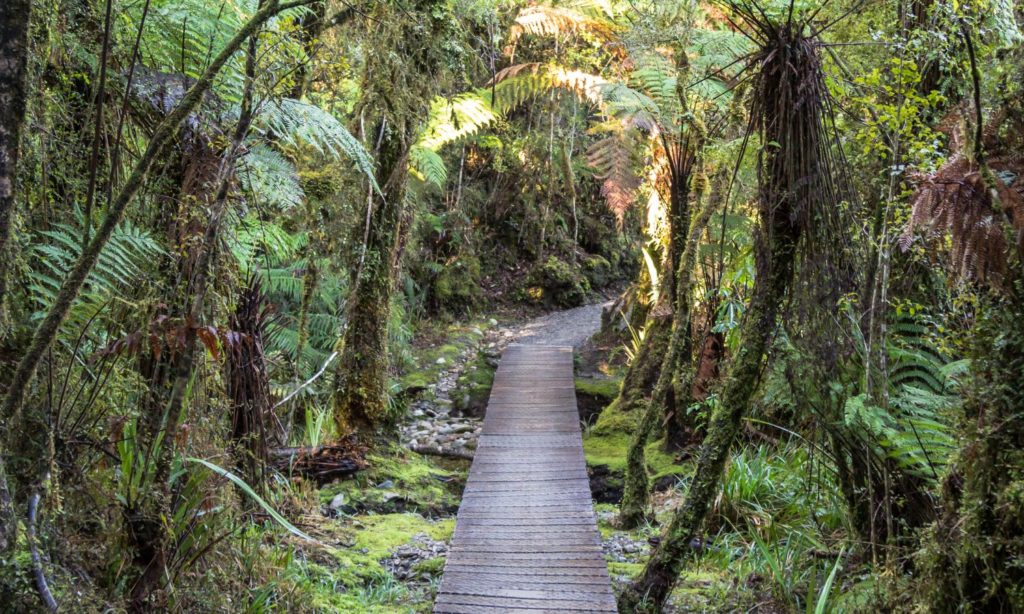 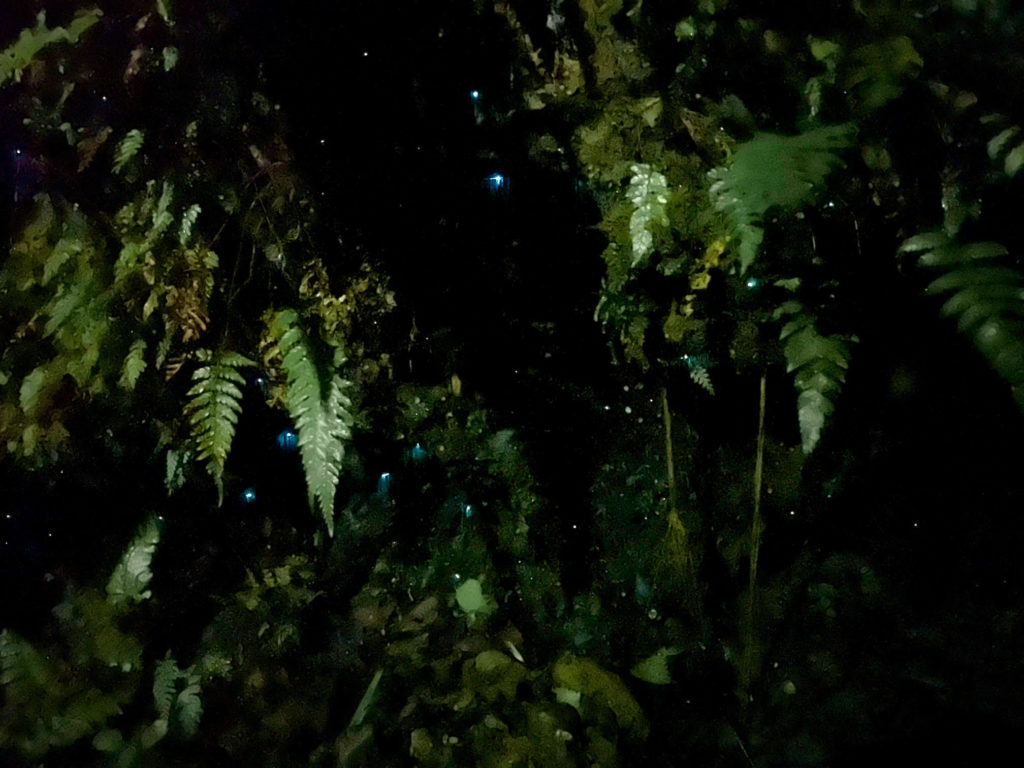 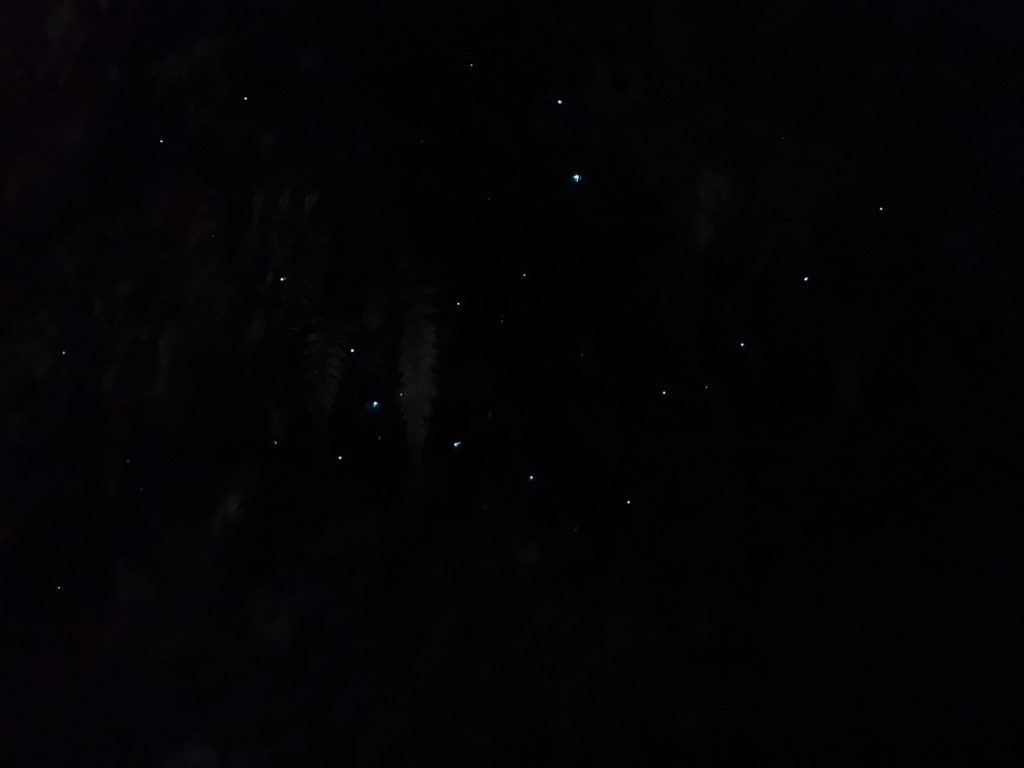 Glow worms are a type of beetle that emits light. They are found in many parts of the world, including New Zealand, Australia, and Japan. Glow worms use their light to attract mates and to deter predators. Some species of glow worm also use their light to lure prey. The light emitted by glow worms is produced by a chemical reaction within the beetle's body.

The history of glow worms can be traced back to the ancient Greeks. The word "glow worm" is derived from the Greek word "lukothrix," which means "light-bearing." In the 4th century BC, Aristotle wrote about these creatures in his book "History of Animals." He noted that they were often seen near graves, leading people to believe that they were the souls of the dead. In the Middle Ages, people believed that glow worms could predict the weather. If they were seen glowing brightly, it was said to be a sign of good weather to come. Glow worms are actually a type of beetle. The female beetle produces a chemical called luciferin, which reacts with oxygen to create light. This light is used to attract mates and ward off predators